The Pramberger family’s history of piano craftsmanship dates back to the late 1700s in the Black Forest of Germany. Johann Joseph Pramberger, born in 1779, began making pianos in Vienna, Austria, the Music Center of the World. It was an era in history where every aspect of creating a piano was an art of learned skill and personal craftsmanship.

joseph Pramberger’s father, Anton, began his apprenticeship at an early age handcrafting fine works of art, becoming a Master Artisan in the tradition of Old World European craftsmen. Anton recalls his grandfather handing down the family secrets of fine woodworking and instructing young Anton to “meticulously observe only the best work of others, and absorb every possible detail and nuance of their craft.”

The Pramberger family decided to leave war-torn Europe for the United States at the urging of Anton’s uncles and cousins, who had been working at Steinway & Sons® since 1913. Anton had been promised work at the Steinway piano factory in Astoria, New York. There, he put his formidable skills to work, dedicating 25 years as a pattern maker, designing and creating the complex equipment required to build fine pianos.

When Anton came to America in 1950, he brought his son, Joseph Pramberger, who would become the modern-day link in the Pramberger lineage of piano makers. Beginning in 1958, Joseph honed his craft in the halls of Steinway & Sons®, where he ultimately spent 29 years perfecting his skills, first as a Design and Project Engineer, then as Vice President of Manufacturing and Chairman of the International Technical Exchange Group.

Through his hands-on involvement in every aspect of piano-making, he was able to gain detailed knowledge in all phases of fine piano construction and manufacturing. Joseph further expanded his skills as a mechanical engineer (New York University B.E.M.E. 1966), by studying, refining and documenting established piano making operations. He travelled the world visiting and consulting key suppliers and major piano manufacturers in Europe, Japan and Korea. 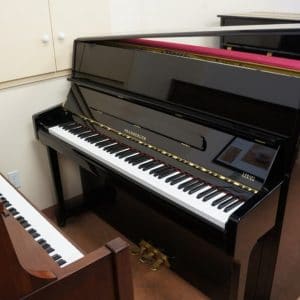 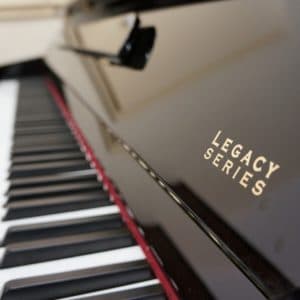 Want to inquire about our new and used Pramberger Pianos? Then contact Universal Piano Services at (416) 230-5560 or fill out the form below. We are open 7 days a week by appointment only.