Heinrich Engelhard Steinweg, piano maker of the Steinweg brand, emigrated from Germany to America in 1850 with his wife and six of their seven children. The son Christian Friedrich Theodor Steinweg remained in Germany, and continued making the Steinweg brand of pianos. In 1853, Heinrich Engelhard Steinweg founded Steinway & Sons. His first workshop was in a small loft at the back of 85 Varick Street in Manhattan, New York City.

The first piano produced by Steinway & Sons was given the number 483 because Steinweg had built 482 pianos in Germany before founding the company. Number 483 was sold to a New York family for $500, and is now displayed at the Metropolitan Museum of Art in New York City. A year later, demand was such that the company moved to larger premises at 82-88 Walker Street. It was not until 1864 that the family anglicized their name from “Steinweg” to “Steinway”.

By the 1860s, Steinway had built a new factory and lumber yard. Now 350 men worked at Steinway, and production increased from 500 to 1,800 pianos per year. The pianos themselves underwent numerous substantial improvements through innovations made both at the Steinway factory and elsewhere in the industry, based on emerging engineering and scientific research, including developments in the understanding of acoustics.

Almost half of the company’s around 130 patented inventions were developed by the first and second generations of the Steinway family. Soon Steinway’s pianos won several important prizes at exhibitions in New York City, Paris and London. By 1862, Steinways pianos had received more than 35 medals in USA alone. 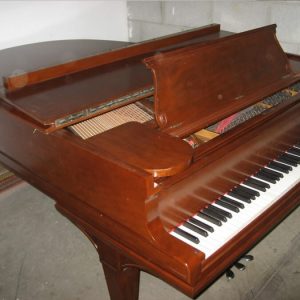 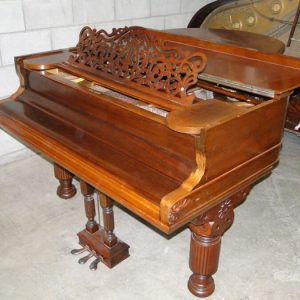 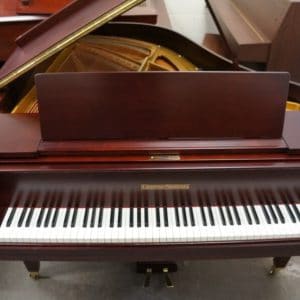 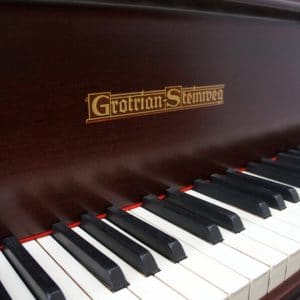 Want to inquire about our new and used Steinway & Sons Pianos? Then contact Universal Piano Services at (416) 230-5560 or fill out the form below. We are open 7 days a week by appointment only.